Today, we’re welcoming back EuroTalk blogger Kirsty with some of the biggest benefits of learning other languages.

How has knowing more than one language helped you? Let us know in the comments!

1. It makes you cleverer

It has long been thought that learning another language, and being competent at it, indicates a high level of intelligence in individuals. Recently this has been proven, with studies on bilingual children showing they were much more developed than their peers, as well as a similar link being drawn between the results of teenagers at school and being able to speak two languages. This means your language learning is actually making you smarter!

2. It can prevent ageing and disease 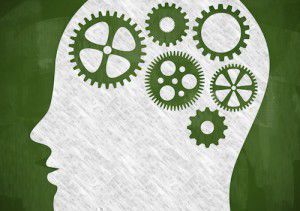 People who study an additional language have also been shown to have ‘younger’ brains than would be expected for their age. Cognitive ability, or how effective your brain is at functioning, is much higher in people over sixty that can speak two languages than those who can only speak one.  Essentially language learning can prevent the likelihood of forgetfulness and ‘getting slower’ in old age. Learning a second language can also make your brain more resistant to diseases such as dementia and Alzheimer’s. A study conducted on a group of elderly people who spoke both Spanish and English demonstrated that they typically developed symptoms of Alzheimer’s much later than those who only spoke English. Who knew that learning a language might actually be able to prolong your memory and your life?

3. It allows you to explore more of the world

Alongside the multiple health benefits of language learning, speaking a second language also allows people to explore the world in a different way. Whilst anyone can visit a country it is the people who can speak the language who truly experience the culture. Basic competency in the language makes the locals more open to helping you and maybe even pointing you in the direction of the best places to visit away from the tourist hot spots. It is these ‘little gems’ that will be the part you remember most from your holiday, from the little hidden coffee shop in Rome to the underground bar in Paris.

4. It opens up new opportunities

There are six million people on earth, so why limit yourself by only speaking one language? New friends don’t just have to come from the same town, or even country, as you live in, but can come from all over the world. The easiest way to gain new friends across the world is to get a pen pal, and in the internet age you don’t even have to pay for stamps! There are lots of good websites that will set you up with a pen pal that speaks the language you’re learning, so why not put your new found language skills to use, make friends and learn even more.

What benefits of learning a second language have you discovered? Let us know!