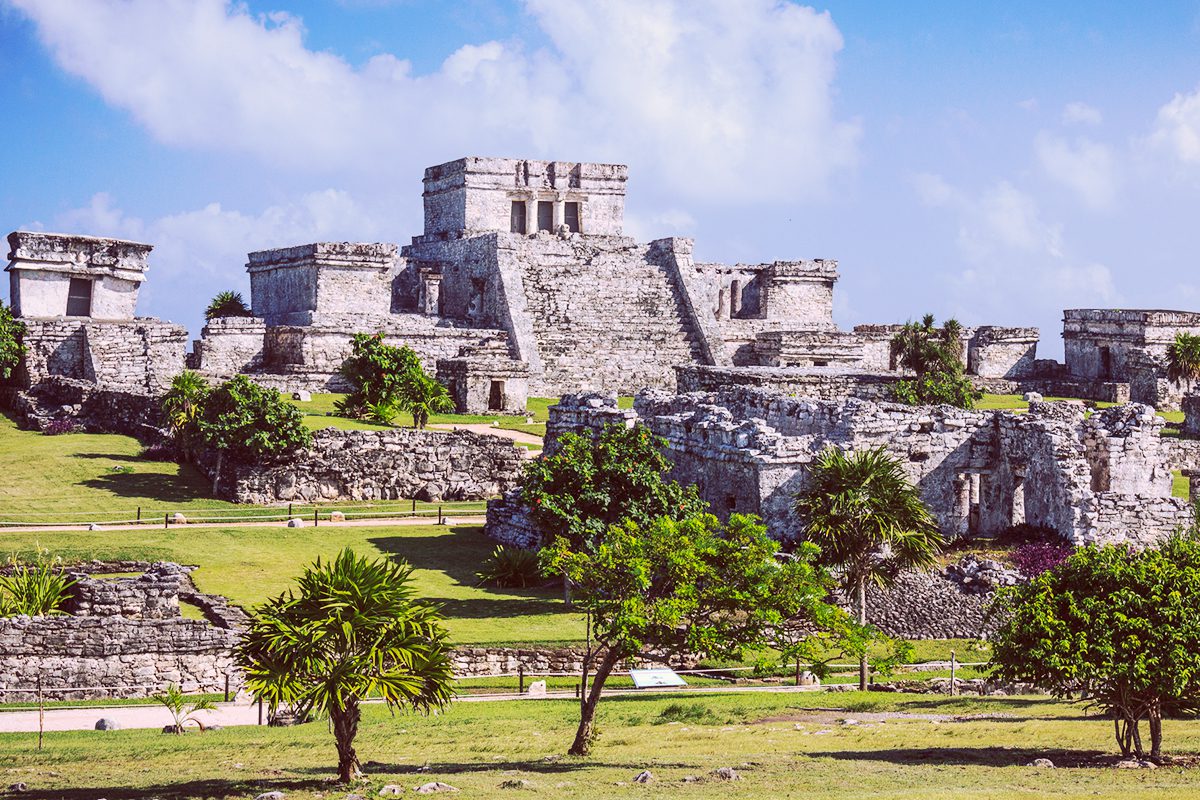 Here’s a hint: it’s one you’ll soon be able to learn on uTalk!

The MCU (that’s the Marvel Cinematic Universe) is fast becoming one of the unlikeliest places to discover rare languages. Take Black Panther as an example, where some of the inhabitants of fictional Wakanda could be heard speaking Xhosa, a language from South Africa.

Now, Black Panther: Wakanda Forever has brought us yet another rarely-heard language.

What exactly did Namor, ruler of the underwater kingdom of Talokan, mean when he said, ¡Líik’ik talokan!?

And what language was he speaking, with all those interesting tones and strange (at least to us!) ejective consonants?

The language Namor and his people speak is Yucatec Maya, one of over 30 Mayan languages spoken by over six million people across Central America – specifically Mexico, Belize, Guatemala, Honduras, and El Salvador. Yucatec Maya is the native language of the Yucatán Peninsula in south-eastern Mexico and happens to have the largest number of speakers.

The ancestors of today’s Mayans are descendants of an extremely sophisticated civilisation that previously had their own writing system, as well as a complex numeral system that allowed them to count into the trillions and even beyond. Sadly, modern Yucatec Maya now uses Spanish numerals when counting large numbers.

Yucatec Maya is one of the few Mayan languages that has tones, meaning that the intonation of words can dramatically change their meaning. Thankfully, tones in Yucatec Maya are rather simple compared to Chinese or Vietnamese, as there are only two tones: high and low.

For example, the following words have different ‘melodies’:

Luk’ul means ‘goes away’, lúuk’ul means ‘swallow’, and lùuk’ means ‘mud’. Bear in mind that Mayans are very warm and friendly people and would certainly forgive you if you mistook a cat (mìis) for a broom (míis) by accidentally pronouncing these words with the wrong tones!

A common misconception is that Mayan languages have clicking sounds like in South African languages such as Zulu and Xhosa. However, that is not the case. Instead, Mayan languages have ejective sounds made by keeping air in the mouth and using the muscles of the throat, cheeks, and lips to compress the air and release it suddenly with a ‘popping’ sound. In writing, these sounds are represented by the letters p’, t’, k’, ch’ and tz’.

Try saying k’aaba’ with a popping sound when you make the initial ‘k’. There is also a little glottal stop right at the end represented by the lone apostrophe. Congratulations, you just said the word for ‘name’!

Modern Yucatec Maya has been under Spanish influence for quite a while and this is clearly shown in the way Mayans count. Nowadays, only the numbers one to four are used when speaking Yucatec Maya; the numbers for five and beyond have been taken from Spanish.

The basic four numbers are:

So, if you already know some Spanish, just remember that you have it easy when counting in Yucatec Maya – you only have to learn the words for the numbers one to four!

Yucatec Maya does not have any tenses, so action words do not change forms (think ‘walk’ versus ‘walked’ versus ‘walking’) to show when an action occurs. Rather, little words are added at the beginnings of sentences to tell us whether the action is incomplete, complete, or will be completed.

For example, let’s take a look at the following sentence:

The word for ‘read’ (xok-ik) generally stays the same regardless of when the action occurs and information in Yucatec Maya might appear – at least to English speakers – somewhat ambiguous in tense. But it is precisely these little helping words such as t’aan and words like ‘already’, ‘finished’, and ‘beginning’ that give the listener tips on when an action is taking place.

I hope this makes sense!

The bonus of learning Yucatec Maya grammar is that once you’ve mastered the various particles and helper words, there really are no complicated patterns to memorise and cram into your head. Nothing like those ‘je vais, nous allons, tu vas, vous allez…’ you were forced to learn at school for French, thank goodness.

‘You are my friend’ in Yucatec Maya is in lak’ech, which literally means ‘my other is you’. This is because ancient Mayans believed that all humans are related and deeply interconnected with the universe. Our consciousness forms a single universal entity.

Hence, to tell someone that they are the ‘other’ you is to tell them that you both have a deep connection with one another. Similarly, ‘I am your friend’ is a lak’en, meaning ‘your other is me’.

What about that beautiful Mayan writing?

Sadly, while the ancient Mayans wrote in elegant glyphs (they’re the ones adorning those amazing pyramids in Yucatán – plus you see lots of them all over Talokan in Black Panther: Wakanda Forever) to represent the sounds of their language, modern Yucatec Maya is now written in the Latin alphabet.

As the Spaniards colonised the Yucatán Peninsula, along with large swaths of Latin America, the Mayan languages have been facing intense competition from Spanish for centuries.

What better way to help preserve an ancient culture than to learn its language?

So, what are you waiting for?

Are you keen on learning Namor’s language? It’s time to practise how to say ¡Líik’ik Talokan! (Rise Talokan!)

Yucatec Maya will be added to the uTalk app and available for purchase in 2023 – keep your eyes peeled for it!