A quick quiz question for you: what language is spoken in France?

Answer: well, French of course! But did you know France is also home to several small regional languages, including Alsatian, Catalan, Breton and Occitan? 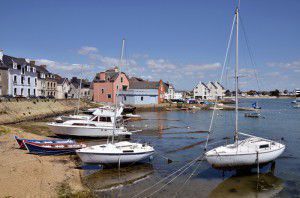 Nowadays, Occitan is spoken by around 1.33% of the population (in the Occitania region in Southern France), whilst Breton is spoken in Brittany by around 0.61% of the population.  These languages are recognised by the government, but not considered official languages, and therefore given minimal support and opportunity for use.

The situation is a little more encouraging in Spain, where Basque, Catalan, Valencian and Galician are recognised as co-official regional languages, and a thriving community of native speakers exists in each of these regions.

This rather cool map shows how the areas over which each of these languages is/was spoken has changed over the last 1,000 years.

Over time, due to globalisation, mass media and government drives for national unity, the national languages in Spain, France and many other countries have established dominance and pushed smaller regional languages onto the sidelines. However, there are still communities of native speakers of each of these languages, and many people are passionate about passing on the language and culture of their region to the next generation.

Regional languages are often closely tied to the culture and identity of a region: the Catalonians I know are proud Catalan speakers, and often much of an area’s history, literature, music and so on is written in the regional language. These languages may be small, but they are certainly worth learning and preserving!

In fact, we have produced our Maths, age 3-5 and 4-6 apps in both Basque and Catalan, and uTalk is currently available in Galician, Basque and Catalan. And for anyone interested in regional French languages, why not learn a few phrases for free in Occitan, Breton, Alsatian or Provencal?