10 sport stars who speak other languages 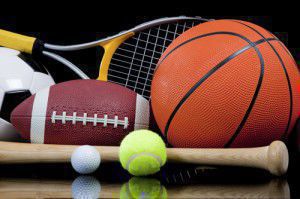 It can often feel like life is all about sport, whether we like it or not. But have you ever wondered how good sports stars are at languages?

It turns out, pretty good. Like anyone who has to travel a lot for their work, athletes often find knowing only their native language isn’t enough. Here are 10 great examples of sports stars who speak more than one language.

Besides English, the former footballer learnt Spanish while he was playing for Barcelona, and picked up some Japanese when he later moved to Nagoya Grampus Eight. He’s now a passionate ambassador for languages in schools, saying in an interview with TES last year, ‘the learning of languages, for me, will always be helpful for the vast majority at some stage in their life’.

Not content with winning a frankly quite ridiculous 17 Grand Slam titles, the Swiss tennis player also speaks four languages fluently – his native Swiss German along with French, English and German. He’s known for his ability to switch effortlessly between languages in interviews and press conferences and can quite comfortably answer journalists’ questions in their own language, a feat some of his fellow tennis players can’t keep up with. Wouldn’t be the first time.

The British diver recently got an A in his Spanish A-level (congrats, Tom!), and makes good use of his language skills when in Mexico, where he spends a lot of his time. Here’s a video of him showing off his Spanish.

Here in England, Jonny Wilkinson is known (at least by me) as that guy who’s pretty good at drop goals. But he’s also a bit of a superstar in France, where he’s been playing for Toulon since 2009. He’s now fluent in French and was awarded honorary citizenship of Toulon earlier this week – giving his acceptance speech in the local language, of course.

The Spanish Formula One racing driver speaks an impressive four languages – Spanish, Italian, English and French. And in case that’s not enough, he’s apparently working on Russian too.

The Arsenal manager is well known for his interest in languages, speaking French, English, German, Spanish, Italian and Japanese. Like Gary Lineker, Wenger’s also known as an ambassador for languages, and last year he was voted Britain’s first Public Language Champion by readers of The Guardian. In this video he explains why languages are so important.

Never one to let Roger take all the glory, fellow tennis champion Novak Djokovic speaks five languages – Serbian, English, German, Italian and French. He studied English and German at primary school, and learned Italian when he worked with coach Riccardo Piati. In an interview with Tennis Talk in 2013, he said, ‘We have a saying in our country: The more languages you know, the more is your worth as a person. I like to understand what people are saying wherever I am, at least to pick up a few phrases of those languages.’

Long-distance runner Paula Radcliffe has a first-class degree from Loughborough University in European Studies, and speaks French and German fluently. She now lives in Monaco with her husband and two children, who are both bilingual, attending a French school but also fluent in English.

Another Barcelona footballer, Fabregas speaks four languages – Spanish, Catalan, English and French, and his Twitter feed is multilingual. When asked about his language skills in 2005, he replied, ‘These days you have to keep studying, not least because my mum tells me so.’ Words to live by.

And finally, another tennis player, because tennis is my favourite. Daniela Hantuchova, from Slovakia, is by all accounts a very talented lady. Besides her tennis career, she’s also a trained classical pianist, and speaks – wait for it – six languages: Slovak, Czech, English and German fluently, and some Croatian and Italian.

Does anyone else feel like a bit of an underachiever now, or is it just me?

If you know any other examples of sports stars who speak other languages, please tell us about them in the comments.