Halloween is one of the world’s oldest celebrations, dating back to possibly 500 AD in Ireland. The celebration was originally the ‘Celtic feast of Samhain’, a pre-Christian festival that began at sunset on 31st October and ended at sunset on 1st November. It was meant to be the night when the veil between this world and the other was at its thinnest, and the dead were very near. 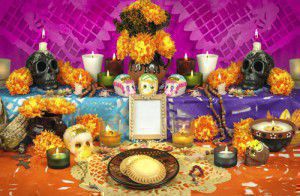 Today Halloween is celebrated in a number of countries across the world. In Mexico and other Latin America countries, Día de los Muertos (the Day of the Dead) honours deceased loved ones and ancestors. The festival runs from midnight on 31st October until 2nd November. Traditionally 1st November is the day for honouring children that have passed, whereas 2nd November is the day for honouring the adult spirits. Families traditionally construct an altar for the dead and decorate it in sweets, flowers, photographs and the deceased’s favourite food and drink. Often a washbasin is left outside with a towel so the spirit can wash before indulging in the feast. Many people around the world, even if they are not directly connected to Mexican culture, are drawn to the concept and imagery of Mexico’s Day of the Dead, so it is continually growing in popularity.

Halloween in the Philippines is called Pangangaluluwà, which is sadly a tradition that is dying out. They have a slightly different version of trick or treating, where children go from door to door and offer a song in exchange for food or money. However, it’s not just any food they are offered; it is a kind of Filipino version of a soul cake, as they believe that every cake eaten is a soul set free in purgatory. The carollers would also be allowed to steal sundry items from the houses that they visit, such as clothes from a clothesline, eggs, vegetable and fruit. The homeowners would explain the thefts by saying it was the ‘spirits returning to the world of the living’.

It wasn’t until the 19th Century that Halloween reached America, and they do things slightly differently to us Brits. ‘Across the Pond’, Halloween marks the beginning of ‘fall’ (autumn). For families it is a time to prepare and create costumes together, compared to Brits, who normally buy pre-made outfits. In the U.S., they also have a slight twist on what to do with the ‘pumpkin guts’ after carving their jack o’lanterns; instead of throwing them away, they roast the remains with salt and cinnamon (I have to say I am very tempted to try this). When it comes to decorating their houses they also take it one step further than our pumpkin outside of your door. (I wish this were the case over here). 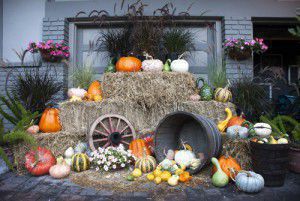 Here at EuroTalk we are all dressed up for the big day, from the scary (Frankenstein, skeletons and a bat) to the not so scary (Minnie Mouse, Where’s Wally – or Waldo to our American friends – and a giant baby). And of course, there’s cake. (That’s not necessarily traditional for Halloween in the UK – we just love cake.) 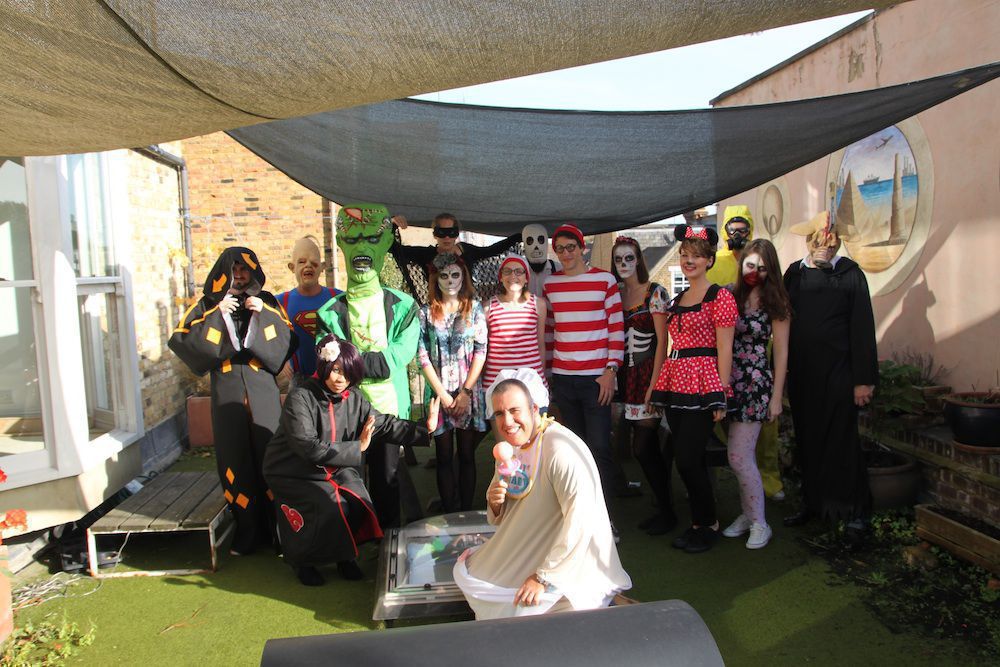 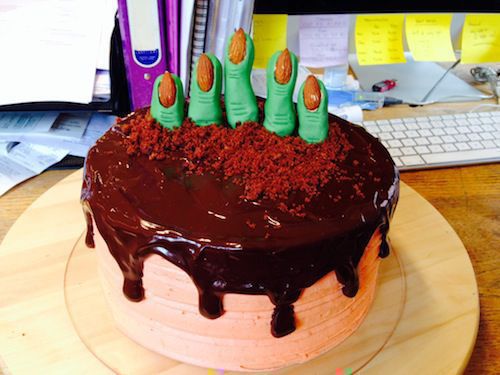