The other day, I was watching one of my favourite films, The Lion King (yes, I know it’s a kids’ film but I love it) and I was reminded of a fun fact I read recently, that many of the characters’ names are taken from Swahili. Simba means ‘lion’, Rafiki means ‘friend’, ‘Nala’ means ‘gift’ and Pumbaa means ‘simpleton’. Poor Pumbaa. 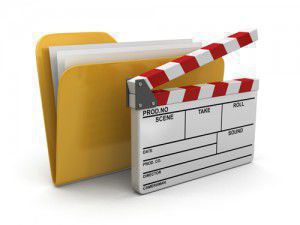 So often when we watch a film or read a book, we take for granted that the characters are just called whatever they’re called, without considering why. So here are a few more examples – some of which may be surprising, but all of which I hope will be interesting.

The Lion King isn’t the only Disney film to give its characters significant names. In Beauty and the Beast, perhaps most obviously, the heroine’s name, Belle, means ‘beautiful’ in French. But many of the other characters resemble their names somehow, like Mrs Potts (the teapot), Cogsworth (the clock) and everyone’s favourite candelabra, Lumière, which means ‘light’.

In Sleeping Beauty, the name of the villain Maleficent comes from the Latin ‘maleficus’, meaning ‘wicked, prone to evil’. Seems appropriate. And on a similar theme, Cruella DeVille from 101 Dalmatians is pretty self-explanatory.

I think Rudyard Kipling would object to me listing this under Disney, although that might be where many people know The Jungle Book from. Shere Khan translates roughly as ‘Tiger King‘ (‘shir’ is ‘tiger’ – or ‘lion’ – in Persian, Punjabi and Hindi, while ‘khan’ is ‘king’ in many languages). ‘Bhalu’ (Baloo) means ‘bear’ in Hindi, and the ‘bagh’ in ‘Bagheera’ means ‘tiger’ – which is slightly confusing since Bagheera’s a panther.

Lord of the Rings

In J.R.R. Tolkien’s trilogy, the character Frodo Baggins gets his first name from the Old English word ‘fród‘, which means ‘wise by experience’.

The character names in George R.R. Martin’s books, and the accompanying TV series, for the most part seem to be modern names with a slight twist (Robb, Jaime, Eddard), but there is one character whose name has a deeper meaning – Bran Stark, whose first name is Irish for ‘raven‘. Fans of the series will know about the three-eyed raven, who plays a significant role in Bran’s story from the start.

I’m not much of a Star Trek fan myself, but I have it on good authority that Nyota Uhura’s name means ‘Star Freedom’ in Swahili.

Many of the characters in J.K. Rowling’s best-selling series have names that mean something, most often in French or Latin. Voldemort (I’m not scared to say it!) means ‘flight from death’, which is very appropriate for a character whose main goal is immortality.

Meanwhile, the Malfoys’ surname means ‘bad faith’ in French, and perhaps the best known, because his name is a spoiler in itself – Remus Lupin, whose surname comes from ‘lupus’, which is Latin for ‘wolf’. His first name is also a reference to the story of Romulus and Remus, who were raised by wolves.

Speaking of spoilers – according to George Lucas, ‘Darth’ is a variation of ‘dark’ and ‘Vader’ is Dutch for ‘father’. So I guess the Dutch probably saw the big twist coming a mile off.

We’re told that Katniss Everdeen, the main character in Suzanne Collins’ books, was named for a plant, but there’s a bit more to it than that. The katniss plant is also known as ‘arrowhead’ and comes from the genus Sagittaria. Sagittarius – the archer. Katniss is pretty good with a bow and arrow. See how we got there?

So next time you’re enjoying your favourite movie or book, have a think about the character names, because they may have been the result of hours of debate!

Has anyone got any more examples?