Languages for the future: the top ten

A recent report by the British Council has laid out the ten most important languages for the UK’s future, in political, economic, educational and cultural terms.

According to the report, the ten most important languages, in order, are: Spanish, Arabic, French, Mandarin, German, Portuguese, Italian, Russian, Turkish and Japanese. I read this list with a certain amount of smugness that I speak Spanish, German and French – although my knowledge of key languages such as Mandarin and Arabic is, sadly, next to nothing.  So feel free to give yourself a pat on the back if you can speak, or are learning, one of those ten languages. 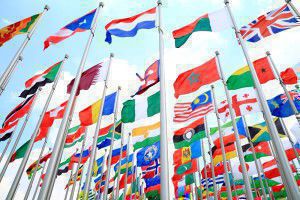 Unfortunately, the report also indicated that the numbers of UK residents actually learning these languages, especially the ones not taught in schools, are very low. On a positive note, around 15% of people can hold a conversation in French. However, only 6% are able to do so in German, 4% in Spanish and 2% in Italian. But the figures for the other languages are as low as 1%.

Perhaps one of the problems is that Mandarin, Japanese, Russian and Arabic all require learners to pick up another script. This might seem daunting, but is actually really exciting. Just being able to read simple words in another script gives you  a huge sense of achievement, and you’d be surprised how quickly you can begin to decipher words from what previously looked like squiggles.

Hopefully if you’re reading our blog you already know the importance of language-learning, and that picking up a new language is an adventure rather than a chore! But maybe this list will give you an idea about which language you fancy picking up – maybe it’s time to start reviving your A-level French? Or be brave and give Arabic a try? Personally, I’m working on adding Italian to my list, which is proving interesting as I lapse back into Spanish as soon as I don’t know a word!

The report recommends a much greater focus on languages in schools and that businesses should invest in language training for languages that are useful in their industry. But don’t worry if your school days are behind you – it’s never too late to learn a new language!