The Junior Language Challenge is uTalk’s annual competition for primary school children across the UK. We’ve been running the JLC... View Article

uTalk will be celebrating its 25th anniversary at this year’s Bett Show, by unveiling an exciting range of new multi-platform products... View Article

Customers at the Costa Coffee store on Upper Richmond Road will be more prepared than most to order a cappuccino... View Article

Tell us what you think of uTalk – win an iPad!

Downloaded uTalk? Great! Not sure where to start? No problem. Take a look at our founder Dick’s video as he talks... View Article

Translating the Bake Off!

It’s Bake Off season, and that means it’s time to be bamboozled with technical culinary terms, many of them in... View Article

Why languages will be the real winner at Rio 2016

Who will you be cheering for at the Rio Olympic Games? Usain Bolt? Jess Ennis Hill? Ben Ainslie? Missy Franklin…?... View Article

Last week, we at uTalk were immensely proud to release our Cockney dialect app! It’s taken us years to get... View Article 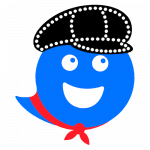 Would you Adam and Eve it? It’s the world’s first Cockney language learning app

Do you know the difference between a pony and a monkey? Know your Peckham Rye from your Bethnal Greens? Not... View Article

Ioana has been living in London for 2 and a half years. She believes moving to London was the best... View Article